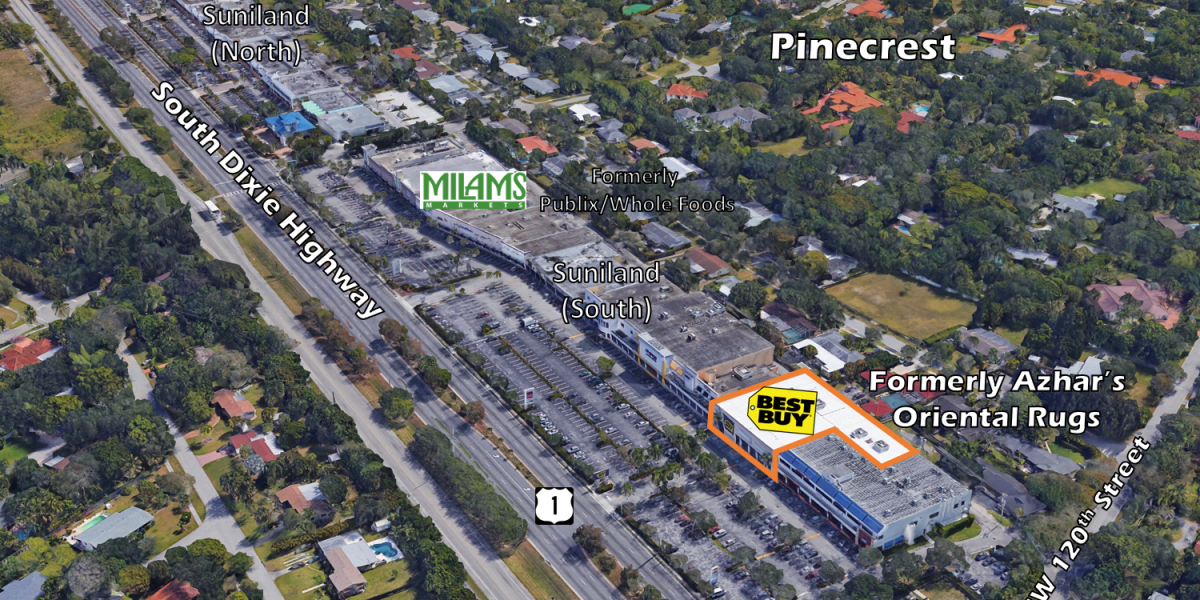 In 1999, Azhar Said of Azhar’s Oriental Rugs called Larry Suchman and said he needed a Dadeland/Pinecrest location and heard that we were the experts to help him find it. He wanted to relocate his store out of the Dadeland Mall to a freestanding location and start to own his own real estate. We advised him to buy the 40,000 square-foot two-story Pearls / Luria’s building in the coveted Suniland Shopping Center, which he did for $2.8 million. He renovated the store with another $2 million and operated a 40,000 square-foot Azhar’s Superstore for many years at this prime Suniland / Pinecrest location.

We later advised him that he had pent-up value / equity in the real estate as his superstore was more than he really needed, and there were some quality big-box retailers looking to be in this market. We ultimately brought him Best Buy Electronics who signed a 15-year absolute net lease for the entire 40,000 SF, which created cash flow in excess of $1 million and a property value in excess of $20 million!

We also found Azhar an exceptional 14,000 square foot, high traffic, high visibility replacement location in Pinecrest that he was able to also purchase and where he is now operating his thriving business.

Azhar now owns two prime and valuable Pinecrest properties and is no longer renting from others.